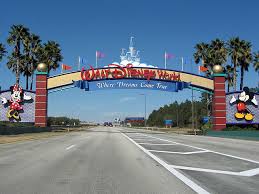 It has been going on for the last few years, now.  It seems it won’t be long before someone asks…Walt who?

His first name has been deleted from the company.  His first name no longer leads the movies.  And, One Man’s Dream is being closed at Disney’s Hollywood Studios. I guess we should be glad that the Florida Project is still known as Walt Disney World!

This is just my opinion, but it seems to me that it’s important to remember who made all of this possible.  Walt would say that “it all started with a mouse”.  But, I would prefer to think that it all started with a man.  That man is Walt Disney!  He persevered and overcame great odds to accomplish so much.  He first dreamed of a place where families could enjoy time together, Disneyland.   Then, he dreamed of a larger endeavor that could contain all of his desires.  That dream eventually became Walt Disney World.

The Man of Walt is going away, and this scares me! Without Walt, there would be no Disney! Personally, I want to remember the man.

I for one am immensely grateful to Walt Disney for all he accomplished.  And, I love that we have the ability to enjoy the results.  It is my hope that a new home for One Man’s Dream will be found, and even expanded to Disney Parks around the world.
I pledge to work to keep Walt Disney’s name alive!  Who will join me?

Thanks for reading.  May your weekend be a Blessed and Magical one, my friends! 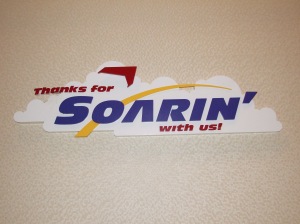 It has been rumored, and now confirmed by Walt Disney World, that the popular attraction Soarin’ will be closing on January 4, 2016, for an extended refurbishment.  The closure could be six months or more.  So, what is expected to be done?

Many of us already know that a third theater is being added to the attraction.  And, it is expected that this theater will be a DIGITAL theater.  This allows for the probability that the original theaters will be updated with the same technology.  Imagine, watching something on a screen that isn’t stained!  That’s an upgrade right there!

The conclusion of this refurbishment is expected to coincide with the release of the NEW Soarin’ Around The World film.  And, while I know it will be a pain to have to miss this attraction during this time, I believe the outcome will be more than worth it for one of EPCOT’s most loved attractions!

I can’t want to see it!  Can you?  In the meantime, I hope you have a Blessed and Magical week, my Disney Lovin’ Friends!! 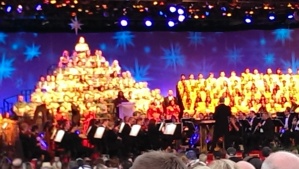 There are many returning narrators for this year’s Candlelight Processional at the America Gardens Theater in EPCOT.  Gary Sinise, Whoopi Goldburg, and Neil Patrick Harris are on the schedule, again!  The are four NEWBIES on the list are: Meredith Vieira,  America Ferrera, Chandra Wilson, and Daniel Dae Kim.  The schedule is posted below!

I would suggest making use of the Dining Packages that allow you to have guaranteed seating for these presentations.  Lunch starts at $35 and dinners begin at $50.  These packages are NOT available for the December 6 performances.

Thanks for reading, my friends.  May you have a Blessed and Magical weekend! 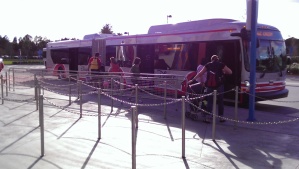 It has been reported that some minor changes are occurring with the Disney Transport Bus Service.  So, let me tell you what appears to be going on!

The most significant change I can see is that the All-Star Resorts will now be serviced by separate buses going to Disney’s Hollywood Studios.  Let’s hope that this means they are looking at the possibility of having separate buses to all of the parks soon!

If you are traveling from Caribbean Beach, you can now make use of two sides of the resort grounds to get to Epcot and Disney’s Hollywood Studios.  this appears to be during peak travel times to and from these parks.  During the afternoons, the routes will again be combined.

And finally, when traveling to Winter Summerland Golf, you will need to ride to EPCOT and transfer to a Coronado Springs bus which will make the trip to the miniature golf course.  FOUR!!

Well, that’s it for now!  Have a blessed and magical day, friends!